Best Oldschool Kettlebell Exercises That Have Been Forgotten Over Time

Listen To The Article (10 Min)

We cannot and in fact, we must not mention the kettlebell without talking about those men and women who went before us.

Strongmen and strongwomen performing feats of strength in circuses, cafes, and theaters which marks the classic period; starting around the 1800s.

It was at this time that a group of professors and scholars began to understand the importance of strength.

Weightlifting had begun as an artistic performance for a living, but now the training was beginning to mix with scientific theories, anatomy, and nutrition.

Strength (and with it the kettlebell) was entering the 20th-century.

The classic period is characterized not only by an enormous proliferation of strongmen and strongwomen but also by the creation and development of most kettlebell, dumbbell, and barbell techniques.

Please note that I’ve added some minor details for some exercises to augment some of the lift’s movement pattern.

Along with the press and carries, the Bras Tendu is one of the first techniques used for lifting weights.

It was also the first exercise ever to be done with a kettlebell.

You start by grabbing the bell by the handle.

Breathe in and slowly stretch your arms out to the side.

Try holding it for a couple of seconds alternating between sides as safety guards for the shoulders.

The Turkish Get Up is perhaps one of the oldest in the kettlebell system.

Originally performed using chariot axles, barbells and later on with human beings, it is only in the 1920s that the kettlebell enters this lift as a regular weight.

Strength magazine was a publication in which for decades the leading strongman of the beginning of the century appeared.

In one of the issues in August 1923, Siegmund Klein -a regular writer for this publication – describes a lift that would lay the foundation for the modern Turkish get-up.

The exercise is similar to modern version; with the emphasis on the side plank.

Bonomo‘s Get Up/ Goblet Get Up

In his book from 1945, American Strongman Joe Bonomo describes what he calls the “get up” in its classic barbell version.

In addition, it describes a unique and original version of the “get up” holding a barbell with both hands.

Even though Bonomo didn’t use a kettlebell, he was using two hands.

We can borrow his idea and create what we can call a Pistol Get Up using a kettlebell.

I’ve added a leverage effect of the kettlebell in the Sit Up positions to save the lower back and use some form of momentum to stand back up.

Dr. Krajewski and many of the figures mentioned, deserve their own video.

He was a pivotal figure in the role of kettlebell training and was friends with one of the original founding fathers of periodized strength training, Theodor Siebert from Germany.

The krajewski halo is probably the first, loaded mobility exercise with kettlebell – and it probably served as an inspiration to the modern version of the halo that was introduced by Pavel.

Ladilaus Pytlasinksi is considered the father of polish greco-roman wrestling.

In his book Podenoszenie Ciezarow he describes multiple kettlebell exercises – one of them was „lifting for Biceps“.

Even though he was using some form of „watering cans“ as weight, the weight distribution can be applied in a similar fashion to a kettlebell.

In modern terms, we could also call this exercise a curl and press.

One of the most varied lifting movements is the so called “carrying“.

The idea is to grab the kettlebell from the bottom in a curled position and bring it overhead with some sort of side press.

Our good friend Pytla came up with the idea of this faboulus lift.

The hack squat can generally attributed to Georg Hackenschmidt.

This exercise must be handled with caution.

It can bullteproof healthy knees due to its range of motion

Yet at the same time, it can also exacerbate existing knee pain in those, who have low tolerance.

Again we find the great Pytla adding his genius to a fascinating exercise, that he called „Swiss Lift“.

He came up with that name name because it supposedly is one of the five tasks of the Swiss pentathlon.

By the time of making this video, I couldn’t yet figure out what he meant by that.

If you know anything, please help me out in the comments.

This lift requires a lot of practice and confidence, since it’s connected to a synchronized effort of leg, abdominal and arm muscles.

Make sure your floor is able to cope if the kettlebell thinks otherwise.

Arthur Saxon’s Two Hand Press deserves to be reiterated in his own words:

Care must be taken in performing this exercise, with as light of a weight as possible at first – unless the reader wishes to damage his face severely

The great master Pytla is at it again.

The bottom-up variation of a clean and press was originated by Pytla in 1930.

By now, we must have come to a great appreciation of Pytlas forward thinking, that we still benefit from today.

To some extent, he also called this exercise the bulldog.

This exercise can be a great benefit for those who need good wrist stability, while improving full body tension from the ground up.

The „Textbook of Weightlifting“ by Arthur Saxon, shows in the beginning of the 20th century, how prolific he was at the art of strength where he says the following:

Practice everything: one and two handed presses with dumbbells and barbells.

One and two handed lifts like the snatch and swing, jerk, and presses.

The Bent Press is probably the one exercise you have seen or heard of in modern times.

Legend has it that Professor Attila is responsible for the creation of this exercise.

Attila is probably one of the most important figures of Physical Culture.

He is considered the TRUE “Father of Bodybuilding” since he was the mentor and trainer of Eugen Sandow, who later became a famous public figure and undoubtedly the greatest “ambassador” of bodybuilding.

The Bent Press is famously known for not being a press at all.

The idea is to build up tension in the lats while dynamically moving away from the weight; using the back muscles as stabilizers throughout the whole exercise.

Lebe Stark is proud to partner with MANSCAPED. Get 20% OFF @manscaped + Free Shipping with promo code LS at MANSCAPED.com! #ad #MANSCAPEDPartner

The Pistol Squat finds its origins in the great contributions of Theodor Siebert, and were explained along other, unilateral exercises in his work from 1923.

The crucifix is best described in Georg Hackenschmidts book „The way to live“:

In France the Crucifix ranks among the classical feats of strength for athletes, and there exist definite rules for its execution.

Pyotr Krilov, considered the “king of the kettlebell”, was famous for performing the crucifix with 2 kettlebells of 41 kilos each.

This version in the video is similar to the one demonstrated by Joe Nordquest in Strength Magazine.

Even though pressing has been done even back in ancient greece, this exercise has nothing to do with strongman or strongwomen per se.

It’s rather an hommage to Jeronimo Milo, who went great lengths to do a massive amount of research to discover the true history of kettlebells.

The reason I called this the Milo Press was simple.

I have never seen or even thought about pressing a kettlebell like this – although I do recall a 90s kettlebell instructor, referring to this grip as the thread.

Arthur Saxon referred to the Dumbbell Swing quite different than what can be observed in modern times.

Today, we would call this exercise a snatch.

He probably referred to this exercise as the swing, because he knew that a cyclical movement pattern with a dumbbell – as we would do with a kettlebell – didn’t make much sense to him.

“In swinging the dumbbell, the weight must be placed between the feet.

The body then bends over from the waist, and a grip is taken of the bell close to the front sphere or disc.

Then with the head bent well down, swing the arm straight up, forcing the shoulders back.

As you reach the top, extend your arm and rise immediately erect.“ 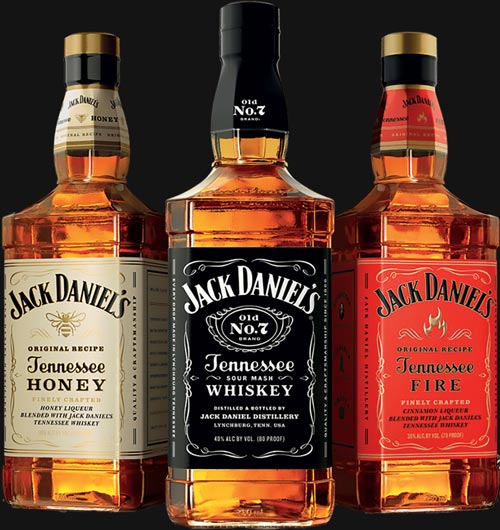 You must be 18 or over to access this store. If you are under 18 then must leave.